book review: My Name is Angel by Rhea Coombs

This is the autobiography of Rhea Coombs who was for some time a street girl in South London. I wanted to read it because some of the places that she writes about are familiar to me. She used to ply her trade in New Park Road near to Brixton Hill. What she wrote has filled in a few gaps in my understanding of what went on, including what it is like in a hostel for drug addict girls and what it is like inside a crack house 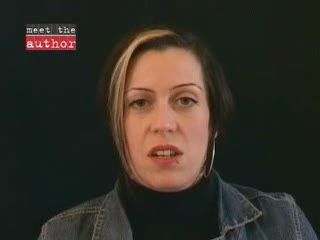 Rhea tells us about her childhood. Her mother was a hippy and they moved around a lot. It wasn't an unhappy childhood but she didn't have a stable home life. From early teens she lived with men who were abusive. The third one seems to have been a violent psychopath who harmed not only her but also her son.

She liked to go to raves and took speed and ecstasy. When crack cocaine became available, she and her friends tried it. She worked for a while in Soho in one of the clip joints. These are places which I hope don't exist any more where men are fleeced often for hundreds of pounds.

She writes of her relationship with an Indian man from a privileged background who worked in the clip joint threatening tourists if they didn't pay exorbitant amounts of money for overpriced drinks. She said she met him years later in a hostel when he was ravaged by crack and heroin. Later she worked for Nigerian fraudsters using stolen cheque books.

Rhea lived in a hostel for some time. I think this could be St Mungo's in Clapham. It couldn't help her at all with her problems. She doesn't mention Tooting Bec Common, but she does say she went to Clapham Common at night to pick up men, often taking them back to her crack house.

As a crack addict she avoided crack houses to begin with but ended up helping to run one. She details the selfish lives of the visitors. One of them took up residence uninvited in her flat and only left when threatened by her ex-partner. The ex-partner could then see how she lived and decided he would look after her children. Addicts might begin with smoking heroin, would progress to injecting it into their arms (Rhea details the procedure for both crack and heroin), and then inject into the groin when they ran out of functioning veins. Often they have to have legs removed because of abscesses. Other health problems include heart attacks, strokes, pneumonia, hepatitis and HIV.

This is the only place apart from Sebastian Horsley's autobiography where you are told what it feels like to take crack and heroin. Eventually she comes across Spires, gets off drugs, gets her children back, and starts working as a drugs counsellor for Spires.

Rhea charts her descent into deep drug addiction. Cannabis was the start, then speed and ecstasy. Millions of people will have done this and not gone on to addiction. She starts using 'base speed', which I had never heard of. It comes as a paste and is 10 times stronger than ordinary speed. .

Her first experience of crack.


To those who have no wish to be chemically altered it's difficult to describe just what it is about the sudden euphoric rush, the sense of absolute confidence in your own invincibility and the (very) temporary filtering out of painful problems that crack offers. Wise people lead even, tranquil lives and decide to forgo that moment of euphoria because they understand only too well the jittery paranoia which trails in its wake, the compulsive picking off of invisible blemishes on the skin, the maddening imprint on the brain of the first joyful experience, which is never quite repeated. That taste which lingers deep in the DNA can literally drive users crazy when they can'd get their hands on more.

Her first experience of heroin.


The first time I tried heroin my whole body was suffused with a peaceful glow. I could taste it first of all on my tongue, then all my tastebuds woke up to it, swiftly followed by a warm rush through my veins - liquid safety. Nothing could puncture my bubble of protection once the drug took hold. It gave me a lightness and a heaviness of being, all rolled into one. I could feel my troubles being rinsed away, I had a sensation of being bathed in holy water. My pain was cured (for a while).

Her experience of 'speedballing'.


I developed my own rituals within rituals and soon learnt how to speedball - injecting crack and heroin together. Speedballing is the most dangerous way of all to take illicit drugs. I started off by smoking a small hors d'oeuvres rock of crack followed by a speedball main course, and finally a heroin-only dessert, after which I slumped into a syrupy sleep. I had got to the point where I couldn't bear to use crack without heroin or heroin without crack. Only that specific, intense blend would do.

It's not just her own descent that she charts.


Not everyone fitted the stereotype of estate dweller with few prospects. One beautiful young woman, whose accent sounded to me exactly like the Queen's, began, timidly at first, to frequent crack houses. She had expensively high-lighted shoulder-length blonde hair and designer clothes. By the time I met her I was a very experienced visitor to crack houses. With a group of other people, I offered to score her some crack to protect her from the volatility of the crack house she was about to enter.

'The dealer in theat house is quite heavy,' I warned her. 'Would you like me to go and score for you? I'll meet you back here on the edge of the estate in fifteen minutes.'

Gratefully she pressed £100 into my hands. To my eternal shame I headed straight for another crack house and spent her money on drugs for myself and the group of people I was with. I occasionally see her selling sex on the streets of south London. Her looks are beginning to go and she's lost a couple of teeth. Crack is a great leveller.

Posted by Bête de Nuit at 2:23 PM No comments: Links to this post