On the 5th of November there was a drama shown on BBC Two which told the story of a woman involved in prostitution. It was called 'Doing Money'. The drama is based on a book that claims to be a true story, called 'Slave' by Anna (not her real name).

This is what is printed on the back of the book:-


"This is the heart-breaking true story of one of the UK's most shocking modern-day slavery cases.
Anna was an innocent student living in London when she was kidnapped, beaten and forced into the sex slave industry. Threatened and tormented by her pimps, she was made to have sex with thousands of men."

This book has nothing to say about the sex industry in Britain. She was taken from London to Ireland, and put to work in Dublin, Galway and Belfast. Some women were also taken to Sweden.

This is curious, because there are many brothels in London. Why were women taken to Ireland and Sweden? Could it be that gangsters like Ionut and Schwarz thrive in areas where prostitution is underground?

Since I have read Rachel Moran's book Paid For I am struck by the differences between the two books. They can't both be 'the reality' of prostitution. Perhaps prostitution in Ireland in the 1990s was different to what happens now. Moran's book, together with three studies of Dublin sex workers, paint a picture of Ireland where things got more violent after the 1993 law. It seems that after the 2017 law things are getting even more violent. Yet this book helped to bring in the 2017 law.

These are the three studies of Dublin sex workers


Neither Moran's book nor these three studies say anything about women being kidnapped from the streets by violent pimps and raped. What one of the studies says is this

"Three (17%) of the women felt very strongly that the new law is leading to the emergence of pimps (male protectors) and therefore, an increase in violence and intimidation on the streets. One said "anyone with enough money to rent an apartment and a mobile phone can go into business as a pimp. These men are offering protection and a "safe house" to women who are working. "They leech (latch) onto the women providing protection and paying bail, that's when the violence comes in"." O'Connor, A.M. (1994)

It was the 1993 law which created the world that Anna experienced. Well-meaning but counter-productive laws create the problem and don't solve it. The 2017 law in Ireland as far as we can tell is like the 1993 law in that it will and has created more problems than it solved.

I have been following the case of Karl Ring and Ivett Szuda. Ring was sentenced to four years imprisonment with Szuda sent down for six and a half years. They were found guilty of human trafficking, controlling prostitution for gain, and 'money laundering'. They were not violent, and the most coercive thing they did was to take away some women's passports. This is not acceptable, but happens with migrant workers in different industries.

They rented flats in Chelsea Cloisters in London to women who wanted to work as prostitutes. They organized air travel between Eastern Europe and London. This is probably the reality of traffickers, at least in London. What happens in Ireland and Sweden could be different.

Below is one woman's experience, you couldn't get further from Anna's:-

"She showed me around the flat and she offered me two rooms. The smaller room was £60 per day and the bigger one for £80 per day." She explained that Szuda gave her a key to the flat at Chelsea Cloisters, which operated like a hotel. "The hotel had a reception and it worked like a hotel system but the rooms had kitchens and bathrooms,' she said. "They were basically hotel apartments. There was another girl when I arrived and she was doing sex work and there was another one who was just doing massage only. Everyone had their own rooms." But she said business was so bad for her that she went back to Hungary after six days. Another woman working for the couple went on holidays with Szuda and other prostitutes to the Bahamas and Miami as "team building exercises".

One woman said "On a good day I would see three to four clients a day, I earned £60 from each." So she earned £240 per day for what sounds like four hours work. She could stop anytime she wanted - like the woman who went back to Hungary after 6 days. She didn't have to do anything she didn't want - like the woman who was just doing massage only. Does this sound anything like the situation that Anna was in?

I think that the prohibitionists should think very carefully about what they want. Britain might become like Ireland and Sweden where the criminals reign. Just like in prohibition America where the do-gooders thought they were getting rid of a problem - alcohol - and they were just making it worse. Much, much, worse. Be careful what you wish for. 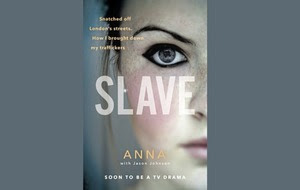 Posted by Bête de Nuit at 11:29 AM No comments: Links to this post